The king’s course of the Bernina Ultraks runs over the marathon distance of 42.2 KM in front of the spectacular glacier scenery of Piz Bernina and Piz Palü. The runners of the spectacular highlight course not only have to master the almost 2,600 meters in altitude, but also face the challenge of constantly changing terrain.

Because this course has everything that makes a runner’s heart beat faster: At the beginning, you’ll head out of Pontresina onto the first trails along the UNESCO World Heritage route of the Rhaetian Railway in the direction of Morteratsch. After this, the trail leads you into the Bernina glacier massif, where you have to be prepared for subsoil made of scree from the glacial moraines in the high mountain landscape. The trail continues over the Morteratsch and Pers glaciers towards the Diavolezza. After the ascent, you will reach the highest point of the route, the Diavolezza mountain station at 3,003 m, THE vantage point of the Bernina Group. After the following downhill you will experience another ascent to Fuorcla Pischa, passing Alp Languard through the ibex paradise of Pontresina. A final, crisp climb to the Segantini Hut awaits you, and finally the final highlight of this extraordinary trail, a fantastic view over the entire Upper Engadine. A final downhill then takes you towards the finish in the center of Pontresina.

What do you receive? 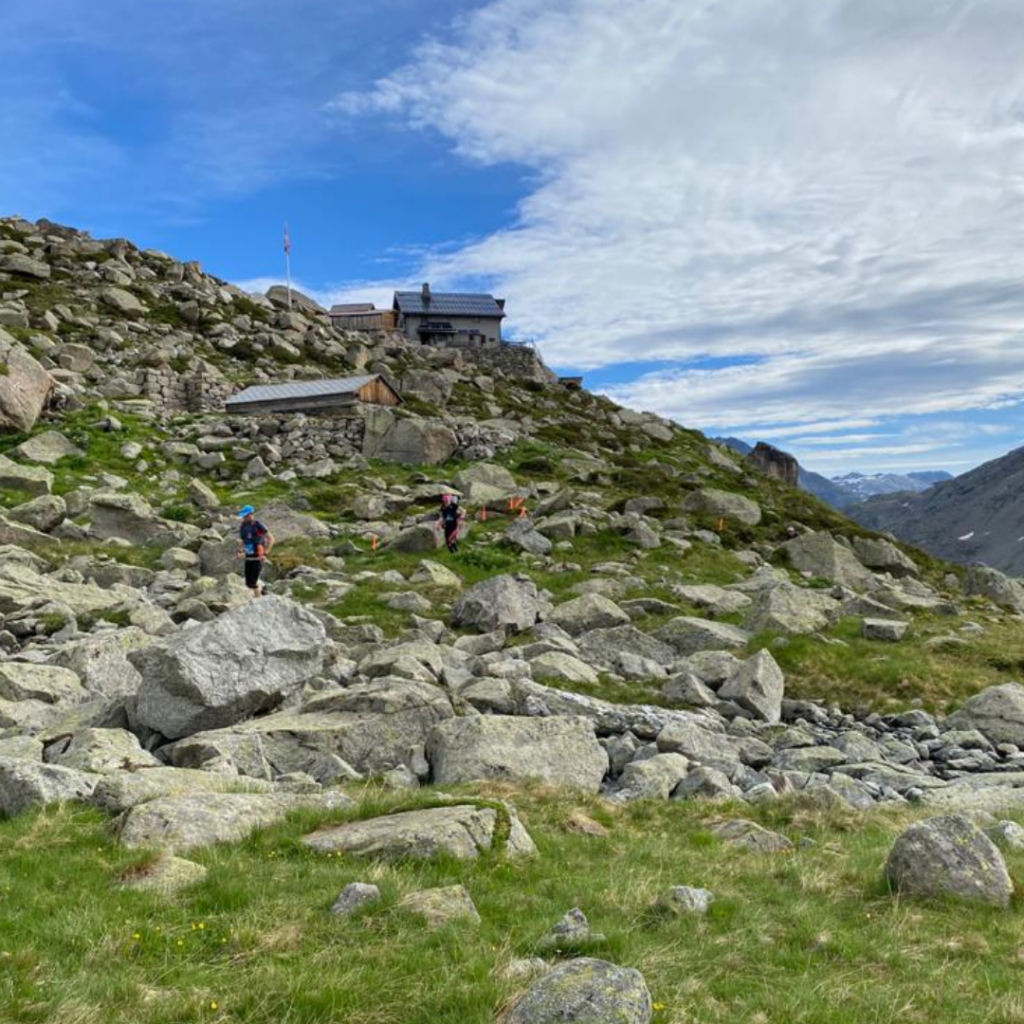 At almost 2,500m, you reach the first aid station at the Boval Hut after 10km. At the SAC refuge you can enjoy the first magnificent view of the surrounding high mountain landscape around the Piz Bernina and the Piz Palü as well as the glaciers to be crossed. 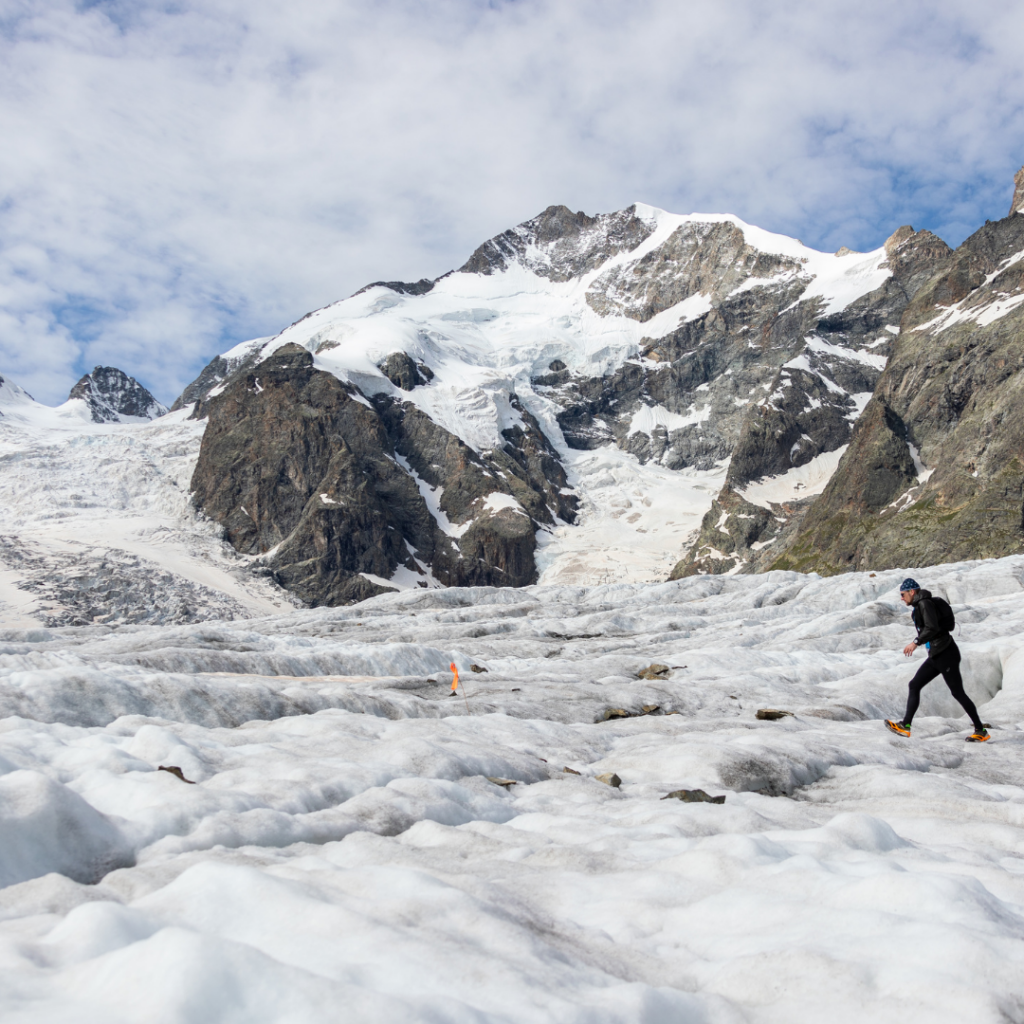 After about 11km you will reach the Morterats glacier and shortly afterwards the Pers glacier. The crossing is a real highlight of the BGM and is only possible with spikes. The entire section is secured by local mountain guides and promises an extraordinary trail running experience. 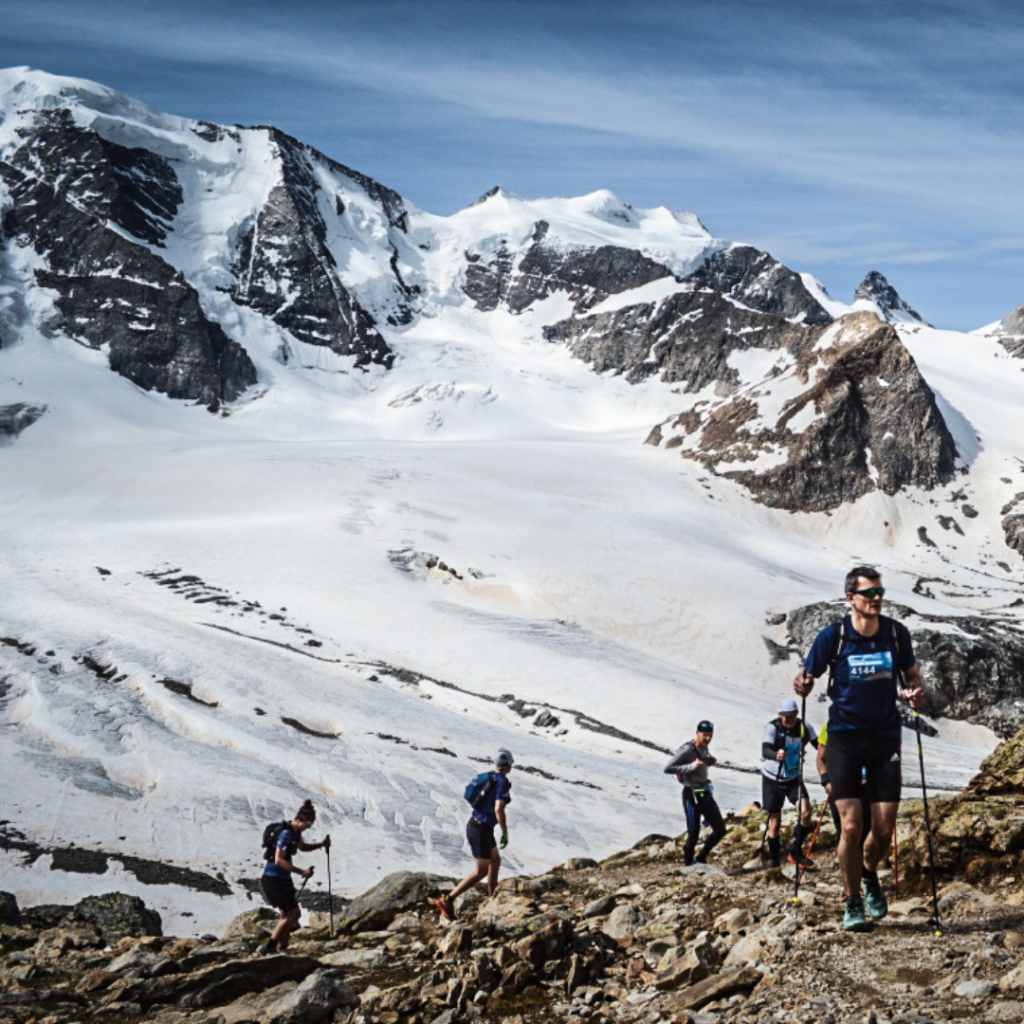 The highest peak of the BGM awaits you right above the Berghaus Diavolezza at 3,000m in the middle of the “Festival Hall of the Alps”. From here you have a wonderful view of the Piz Bernina and the Piz Palü. The Diavolezza is easy to reach for all spectators by mountain railway. 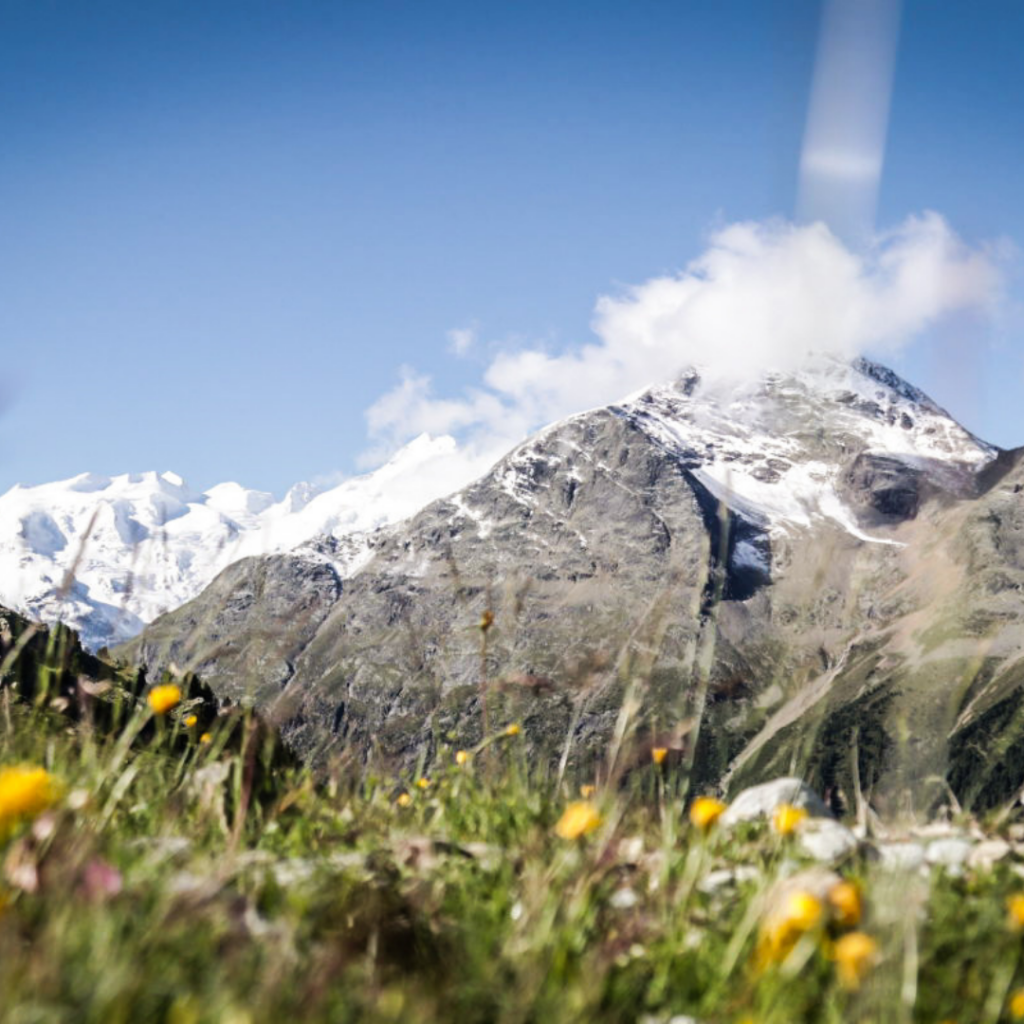 At 2,325m, a gigantic Alpine backdrop awaits you, including wild ibexes. The BGM runners reach Alp Languard after 33km and fortify themselves before the last hard climb to the Segantini Hut. Alp Languard is easily accessible for all spectators by chairlift. 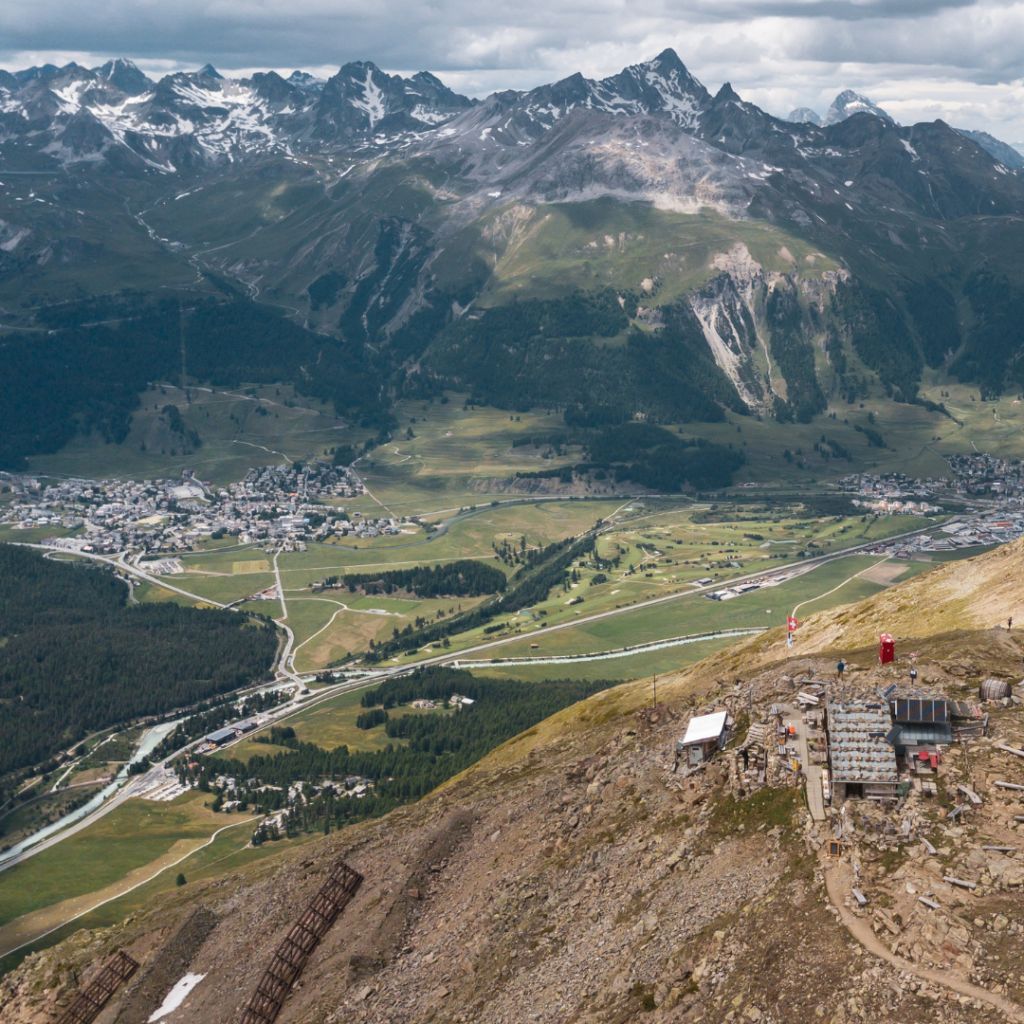 At the Segantini hut (2,731m) you can enjoy a breathtaking view of the incomparable Engadine lake landscape and the Bernina massif. As a runner, you pass the hut at KM 35 and can fortify yourself at the last aid station for the downhill towards Pontresina. 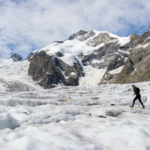 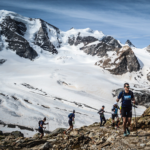 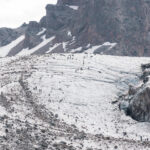 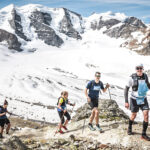 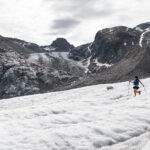 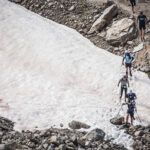 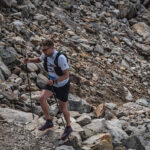 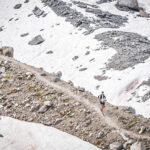 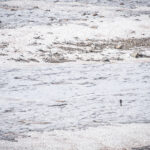 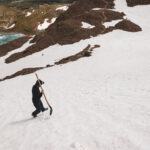 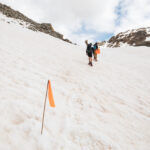